Despite important fixes and characteristics, this patch contains a known issue as well. This bug restricts Windows Sandbox from starting and instead display an error message- ERROR_FILE_NOT_FOUND (0x80070002). The experts are working on this issue and may provide a workaround to this soon. Let’s explore the new features that came along with this cumulative update. Here is the complete catalog of cumulative updates that came so far. 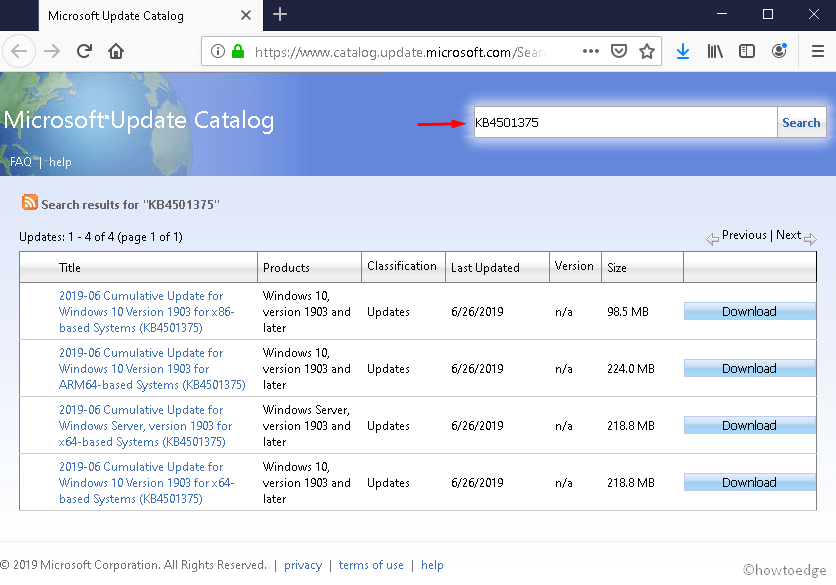 If you put value equals “1” in the Value data field, this removes the previous registrations. In case you put “0”, it will retain the existing registrations.

Before proceeding ahead, make sure to install the latest SSU KB4506933 on your System. This is necessary for the smooth functioning of the whole upgrade process-

Alternatively, you can also download the .msi file of KB4501375 for Windows 10 19H1 manually by clicking Micro-soft website.

Here are a few fixes, in case Check For Updates doesn’t work on Windows 10.