The second Tuesday, May brings a new cumulative update i.e. KB4499179 for Windows 10 1709 users and updates the current OS to Build 16299.1146. Though, this doesn’t contain any new operating system features; there are some valued fixes and improvements.

KB4499179 addresses lots of earlier issues such as- Microsoft Visual Studio Simulator, MS Excel fonts bug, zone transfers over TCP, etc. Here, we explain the key attributes along with known issues and the correct way to get this patch update. 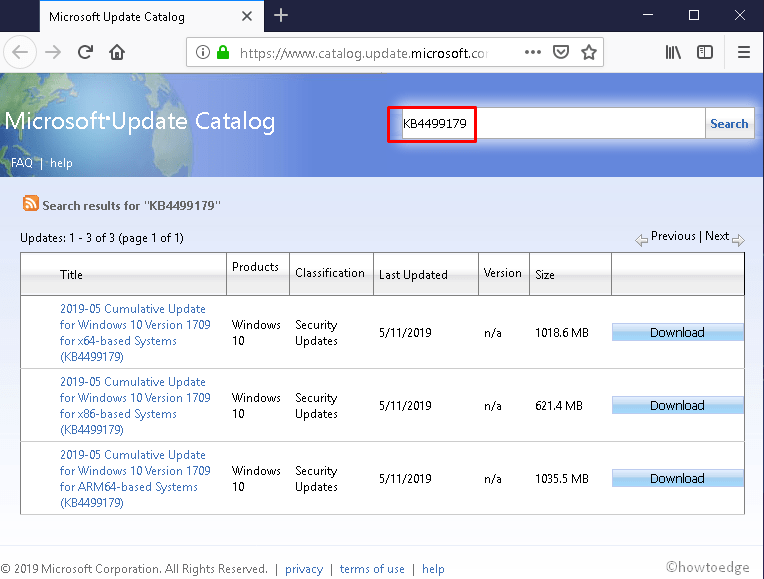 The key changes on this patch update are as follow-

Issue#1: There appears an error message while performing a few operations like- rename of files on Cluster Shared Volume. This resembles to- “STATUS_BAD_IMPERSONATION_LEVEL (0xC00000A5)”. In general, it occurs when you take that action on a CSV owner node from the Non-Admin account.

Sol– You can solve this bug by adopting either of the two functions mentioned below.

The Company is currently working on a permanent solution to this and will bring the same in an upcoming cumulative update.

At first, download and install the latest SSU i.e. (KB4500641) on your PC to ensure no error messages pop up while updating the process. The same will be auto-offered by Microsoft and is available at the Windows Update section. If you don’t get the servicing stack update automatically.

The cumulative update gets downloaded automatically on your Windows 10 PC unless you have specifically disabled or paused this. Once downloaded, it waits for the next Shutdown or Restart of System so that it installs the necessary files. When you proceed to turn off your PC, it asks your consent to launch the patch update.

In case, you don’t receive any such messages, you can download KB4499179 manually as well. Here are the steps to follow-

Note: If there is a green tick against this button, there are no new updates available to download. This also turns green when you have already installed the latest cumulative update on your System.

Get the standalone package of the KB4499179 cumulative update.