Microsoft rolls the KB4497934 patch update before finally entering into the era of Windows 10 19H1. This cumulative update attempts to solve several pending threads such as- Azure Active Directory, Remote Desktop session, ActiveX, and others. Moreover, it contains a series of advancements that make your OS a bit smoother and effective.

Here, we depict the general enhancements and fixes that came along with this release. In addition to this, there are some known issues as well which are of re-occurring nature. Though you will be offered KB4497934 automatically, you can manually download the same from the Windows update section or Microsoft Update catalog. 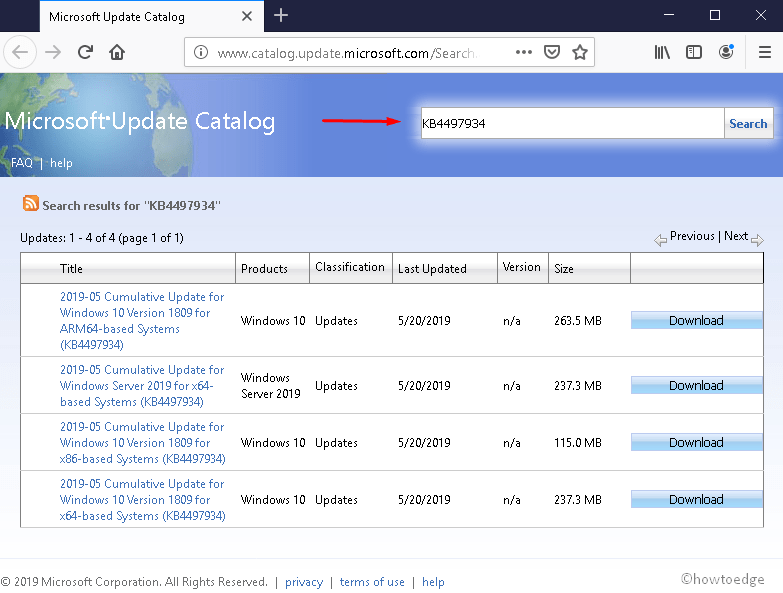 There are no new issues on this patch-release. It contains only those bugs which are re-occurring from the last three cumulative updates. The issues which are still under investigation by Microsoft experts are-

Issues that do have a temporary solution –

Before proceeding to install KB4497934, make sure to introduce SSU (KB4499728) on your System. This, in turn, make sure that everything goes as supposed to be.

If you want to download this cumulative update directly, have a visit to the Microsoft Update Catalog website.