If you had installed an update to Windows 11, and your device is going into turmoil after that, follow this tutorial till the end. Several users complain of the slow opening of startup apps like Explorer, and Context Menu. A few even report that Start Menu or taskbar becoming unresponsive in Windows 11.

This is a serious issue and is happening only for those users who recently upgraded Windows 11 OS to Build 22449. As per Microsoft, this is a server-side glitch and has already circulated a fix. Try this out and check if it really solves the problem. If the issue persists as it is, see what you can do next to solve it on your computer. 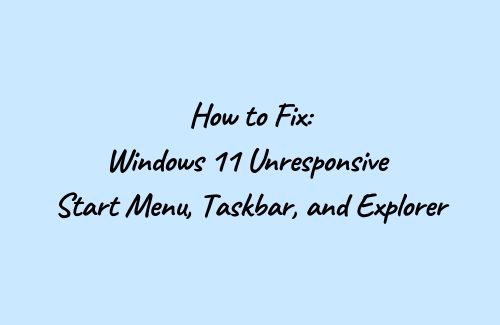 According to a handful of users, Start Menu/Taskbar/Explorer is either loading slow or simply becoming unresponsive after this patch installation.

Similarly, a few reports that their context menu has broken after this preview build installation. As per them, when they right-click and hit personalization, they receive the following error message –

This file does not have an app associated with it for performing this action. Please install an app or, if one is already installed, create an association in the Default Apps Settings page.

If the Start Menu, Taskbar, Explorer, or Context Menu has become slow or unresponsive (sometimes) after a recent upgrade, try these workarounds to correct it on Windows 11 –

A mere restart of your PC may do wonders and solve issues that seem to be impossible. So, before you check out any further solutions, reboot your device using the steps outlined below –

Note: Though you may restart your device manually, the below method ensures no files are left behind on the registry. So, try this approach instead.

A few users reported that they were able to fix the unresponsive Start Menu issue on Windows 11 simply by advancing their clock by 24 hours. After the issue resolves, you may match it with your local clock or simply sync it.

Here’s how to perform this task – 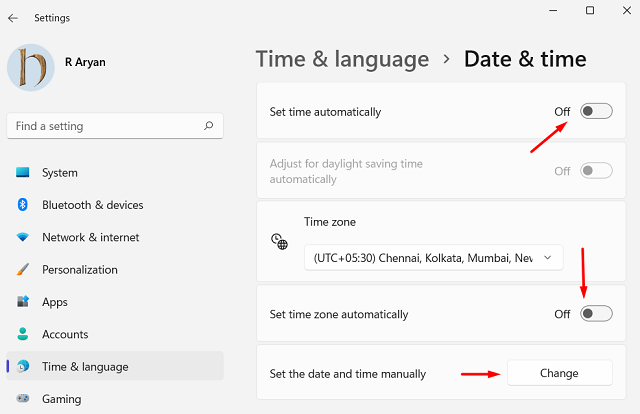 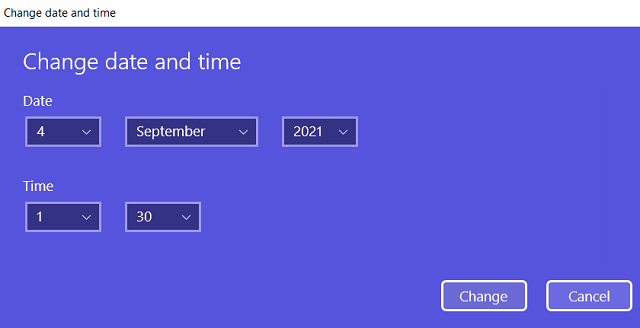 This should fix the unresponsive Start Menu, taskbar, or Explorer on Windows 11. Check and confirm by opening them multiple times. If you don’t find any issue now, re-visit the date & time setting page, and turn On the toggle switches that you disable before. Make sure to hit Sync now under Additional settings as well.

Though Microsoft had clarified that, the unresponsive Start Menu, Explorer, Taskbar is all because of a server-side patch installation, there’s no harm in uninstalling any recent preview build update installation. So, if you have recently installed any cumulative update, uninstall that, and check if it solves the slow opening of different start-up apps. here’s how to perform this task –

However, Microsoft has clarified that the bug is hitting devices that have received a server-side patch and it has nothing to do with the preview builds released today, so you can install the updates without worrying about these issues. 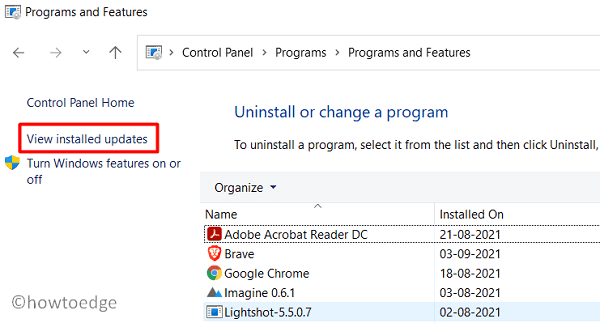 Check if the Start Menu, Taskbar, Explorer, or Context menu becomes responsive and works as usual.

How to Disable Start Menu Recommended Section in Windows 11

How do I get back Start menu Tiles on Windows 11

How to Fix Start Menu Transparency issue on Windows 10