In this tutorial, we will explore some hotkeys that will help you to access Taskbar while being in Full-Screen mode on Windows 10. The taskbar is the bottom part of the Desktop and it contains several important tools like – Cortana, a list of installed applications, and a notification panel.

In addition to the above tools, it also empowers to access Battery, Network, Sound, and numerous other sections through System Tray. But when you open any app/PDF/Folder in full Screen, all these functionalities vanish automatically. Hence, it becomes really difficult to access them on a disappeared taskbar. This is why we have brought a set of key combinations using which one can unlock when there is an utter requirement of this Toolbar.

What is Full-Screen mode in Windows 10?

Full-Screen mode helps to have a larger Desktop Screen without a Title bar and Taskbar. Earlier versions of Windows allow limited apps to run while being in Full Mode. With Windows 10 19H1 onward, users can maximize the items at both i.e. Desktop or Universal app together.

There are several hotkey amalgamations to access different apps when you have enabled Full-Screen mode on Windows 10. Some key examples are- 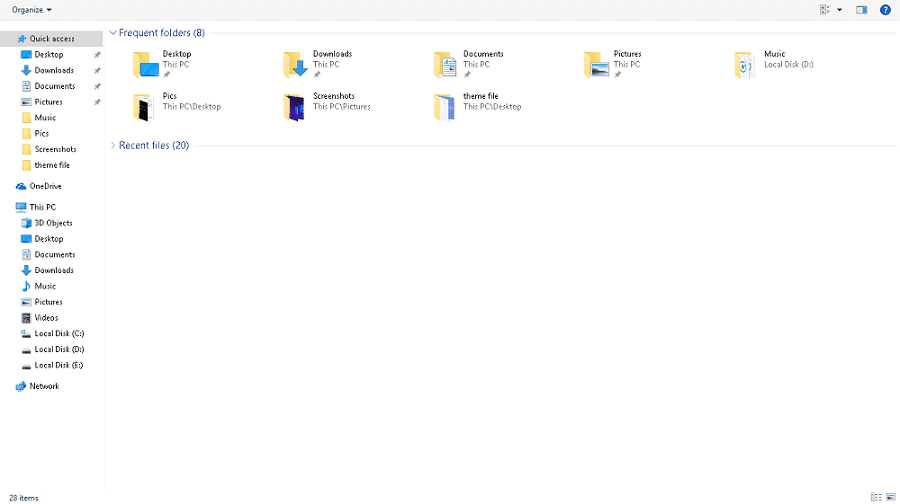 How to display Taskbar during Full-Screen mode

Here, press Win & T altogether to highlight the icon on the system tray. If you want to jump to the next icon on Taskbar, use the arrow keys.

Note: Window key & T combination also works in an older version of Windows like 7 or 8.1. However, this command focus only while running between apps on Windows Vista.

In case you want to access the notification area of the system tray, tap Win & B.

The above hotkeys work even when you have started the auto-hide feature of the taskbar.